Very recently we had such a scenario with one of the busiest ob-gyn practices in Northern California. The ob-gyn practice was using eCW but their billing company was transmitting claims through Office Ally. The practice wanted to opt for electronic fund transfer (EFT) to quicken the payment flow, electronic remittance advice(ERA) to address denials, And most importantly a biller who understood OB-GYN billing guidelines.

The ob-gyn practice’s dream didn’t come true till they found BillingParadise. Yes, BillingParadise has helped this ob-gyn center to attain more than 50% revenue in just 3 months.

A large ob-gyn group in Northern California needed to improve its operating margin, streamline processes and lower its cost base. They tried to implement cost-cutting programs, introduce lean management, modernize their revenue cycle and meet cost targets. All the changes they implemented were short-lived and failed to create a positive impact.

Hiring and retaining billing experts was a challenge for the ob-gyn group and like most hospitals they relied on an outside medical billing agency to supplement their in-house resources. 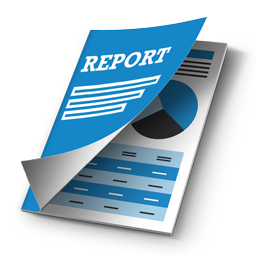 Our 19 insightful reports will help your OBGYN Practice better manage your revenue cycle.

This led to fragmented billing data and the additional expense of paying for two systems. The medical billing company manually downloaded data from eCW, fed the data into Office Ally and transmitted claims. This led to duplication of efforts and routine billing delays.

The obgyn group was desperate to reduce costs and were concerned about their sub-optimal and highly variable revenue performance.

It became apparent during our initial conversations that the medical billing company did not adhere to most of the terms stated in its SLA (service level agreement). The group practice had to handle pre-authorization tasks and also had to hire a full-time employee to manage checks and EOBs.

A critical first step was to conduct a audit to discover hidden deficiencies. The fact that numerous patients were unhappy with the practice and were switching to other providers was also a spot of bother for the ob gyn practice. BillingParadise analyzed the current workflow, billing cycle and payment information of the group practice to identify its performance challenges.

BillingParadise proposed a business intelligence system to correct the below-average coding quality and yield strong lasting results. An initial run of the system brought to the surface that numerous claims were denied because they missed a critical modifier. Modifier QW that is used for denoting screening services, was missing on most claims. The modifier was added to the claims and resubmitted. The billing company of the client routinely assigned the wrong codes for bundled payments. Bundles based on sequential procedures were inappropriately unbundled and coded as separate procedures. Fragmenting a single service and separately billing for each component is not only erroneous but also fraudulent. 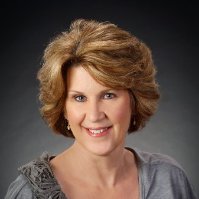 When we audited the codes used by their billing company we found that, every time when a patient visits they billed immediately instead of waiting for the global payment which should be submitted after delivering a baby. If we bill for a OBGYN patient, most of the insurance companies will pay $30 a visit and then will pay $1500 for the hospital once discharged after a successful delivery. Hence, it would come around $1500+ $300 (Assume that 10 visits + 1 final admission). Since we’ve been in the industry for more than a decade and handling many ob gyn practice’s revenue, we knew that for ob gyn patients claims should be submitted to after giving birth. Thus, mitigating revenue loss for the provider.

When it comes to claim submissions, lateness isn’t only unacceptable; it’s also a reason for denials. At BillingParadise we always we maintain a chart to remind the timely filing deadlines. Example TFL table given for few insurance companies: ( Visit this link to have  more knowledge on TFLs https://www.webpt.com/blog/post/timely-filing-a-cheat-sheet-for-pts)

Unfortunately, the practice manager of the medical group was unaware of timely filing limits. Hence, they weren’t aware of the TFL denials too.Thus, the window had closed on several claims with high dollar values. Since we were billing for an another OB-GYN provider who is just 50 miles away from this practice, we could identify a few of the missing leading insurance providers in their area.

After analyzing the TFLs and payment mechanisms of insurers the providers were credentialed to avoid payment hassles. This resulted in 10% revenue increase.

TeamBillingBridge, BillingParadise’s workflow management  and revenue cycle reporting software, was used to categorize patient visits based on the timely filing limits of insurers. This categorization helped the ob gyn group to stop claims from missing timely filing limits. The practice had a diverse patient and payer mix and most patients were covered by insurance companies that some providers of the practice were not credentialed with. After credentialing the ob gyn centre experienced

A concerted effort was made to consolidate and standardize our client’s revenue cycle. Automating key processes, eliminating EOBs, standariding denial management processes and eliminating the need for multiple software, were the first steps taken to help the group achieve its strategic vision and address future regulatory demands.

After making changes across the billing cycle the ob gyn centre was able to see a visible change in top line revenue growth and workflow efficiency. We could improve the monthly revenue by 50% within a few months.

ERAs and EFT enrollments: ( It helped to zero down denials systematically)

In fact we have not only increased 50% monthly revenue, but reduced 3% of their expenditures. Yes, they had a dedicated resource to collect and deposit checks from insurance companies. The resource was paid $3000. She had to scan and fax the copies to the billing company to post the payments. The worst part is, both the company and client were using different systems. Hence, data was not centralized.Because, ERAs and EFT enrollments were not handled efficiently by the previous biller it increased the administrative burden for the group.

BillingParadise’s OB GYN billing team completed ERA and EFT enrollment and improved payment TAT. It has helped to zeroed down denials systematically by directing denials to our Denial Manager software.

During the denial audit, we couldn't consolidate denials of the last 12 months. But after the successful implementation of ERA & EFT, top denial codes were bubbled up and our denial prevention team worked on soft denials to improve denial overturn rate. A majority of payments that had to be reimbursed by patients were adjusted or written off as patients didn’t show up for further treatment/screenings.

Improving patient experiences - (Patient AR worth $37,000 was left on the table)

The group practice saw a steady decline in patient inflow and felt that it could be tied back to bad billing experiences. A holistic approach to better patient experiences was the need of the moment. Most patients, when contacted, complained of receiving confusing bills. When they tried calling the billing department they were given vague, inconsistent answers. The opaqueness when it came to medical bills made patients wary of the practice. Some switched to other providers while other patients were desperately trying to clarify their billing concerns.

Our team coordinated with the client to implement a pilot program to strengthen patient relationships.

As a first step the patient department of BillingParadise contacted patients and resolved queries and complaints regarding their bills. Old patient AR worth $37,000 was left on the table.

An e-statement pathway was created to send patient statements. We sent out patient statements that gave a black and white view of their financial responsibilities. Patients were also given financial counseling. Real-time view of patient payments were made available to staff to resolve queries quickly. Estimated charges were emailed to patients. Patients were also educated on online payment methods. We trained frontline staff to collect more at the time of visit and implemented appointment scheduling and insurance eligibility verification tools to streamline frontline activities.

Despite being one of the busiest ob gyn centers in Northern California with a regular inflow of patients, the collections of the center was dismal. This anomaly was evident while auditing the revenue of the practice. Upon closer analysis it was found that reimbursement for providing antepartum care was not collected.

The previous biller failed to touch-base with and collect appropriate reimbursement from patients.Due to our deep experience in offering billing support to ob gyn practices for 15 years we understand that antepartum care is one of the major revenue spinners for ob gyn practices.

Patients who’d moved to other states or practices were not issued billing statements for antepartum care by BillingParadise. The patient billing department got in touch with them to recover money for unbilled care.

Talk To Our Ob/Gyn Billing Experts

NST services which were previously unbilled were also worked on to inject more revenue into the obgyn medical group.

Our deep experience in ob gyn billing and the intricacies of the specialty helped us to guide the doctors on global billing and to bill claims on Global billing package i.e the obstetrical period begins on the date of the initial visit in which pregnancy is confirmed and extends through the end of the postpartum period (56 days after vaginal delivery and 90 days after c-section). The client agreed and asked to close Antepartum visits upfront and approved for Global billing. We also educated them on signing charts for outpatient visits and inpatient services.

Standardization of AR workflows and processes through our AR management platform led to reduced AR days and improved revenue capture. By implementing our denial management software we were able to discover and resolve critical issues, accelerate the denial recovery process, eradicate controllable write-offs and protect the practice from future denials.

The reduction in patient and insurer AR improved revenue inflow. Denials were categorized according to insurer, age and type. Denial patterns and variances were identified and resolved.

“We’ve finally found the right billing partner. Through consistent efforts, smart technology, experience of working with eCW and warm client support they’ve not only improved my collections by 50% but also brought down operating expenses. They have immense knowledge about obgyn specific billing and the payment mechanisms of our insurers. I’ve just couriered a small gift to the account manager as a token of thanks” - Teresa, Office Manager - OB/GYN center.